Antique fireplace mantels from Europe were highly prized and much sought after by affluent Americans in the late 19th and early 20th centuries -- an era whose ostentatious displays of wealth earned it the title of The Gilded Age.    Used to furnish the newly built mansions of the rapidly rising upper class, many of the imported chimneypieces were as  extraordinary  as  the mansions were extravagant! 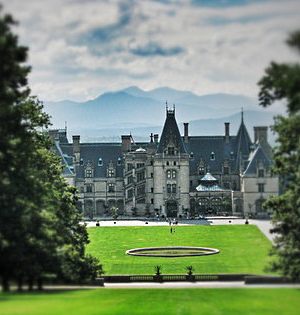 And no one in America did it with as much zeal and passion as the de-
scendants of shipping and railroad magnate, "Commodore" Cornelius Vanderbilt (1794-1877).   From the late 1870s to the 1920s, his heirs employed America's finest Beaux-Arts architects and decorators to erect an unprecedented succession of New York townhouses and East Coast country homes in the United States.

Another grandson and namesake of the "Commodore," Cornelius Vanderbilt II (1843-1899),  built The Breakers (pictured below) in Newport,  Rhode Island between 1892 and 1895.   Generally considered the grandest of all Newport "cottages," the library chimneypiece pictured below, right, is an antique Caen stone mantel imported from France.

From the end of the Civil War to the beginning of World War I, the  U.S. experienced a spectacular period  of growth, change,  and  opportunity. American energy, expansion, and industrial might were unparalleled in the history of the United States. The urban population grew nearly fivefold in the years 1870-1910, from nine million to fory-two million.

Cultural striving, always present, became the great passion of the period,
and the rapid rise of industrial and banking fortunes enabled the newly rich to indulge in a way that had previously not been possible.    Feeling that America was simply not grand enough to match their aspirations for it, many of them roamed the European continent and imported pieces of Eu-
ropean history, including lavish antique fireplace mantels,  to  create  a dreamworld of European culture on American soil.

A Broad Range of Period Styles

Whether your tastes harken back to medieval Gothic, 14th to 17th century Renaissance era design, or roaring 20s Art Deco, you have an  incredibly wide and varied selection of antique fireplace mantels and surrounds to pick from.    In addition to European made chimneypieces,  you'll find an exciting array of American-made antique fireplace mantels dating from the late 19th and early 20th centuries.

Please check back often or subscribe to our RSS feed,  as  we  fre-
quently add new images of antique hearths to our site.

Have your say about what you just read! Leave me a comment in the box below.
FacebookTwitter 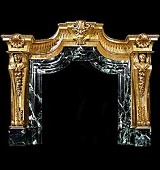 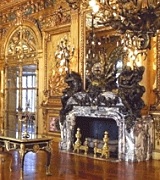 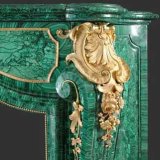 Regal Fireplace Mantels
Fit for a King...
OR a Queen! 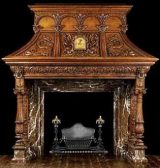 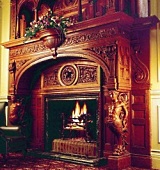 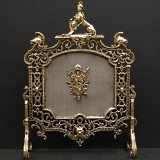 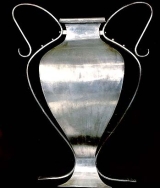 The Antique Fireplace Screen
Truly One Of A Kind!